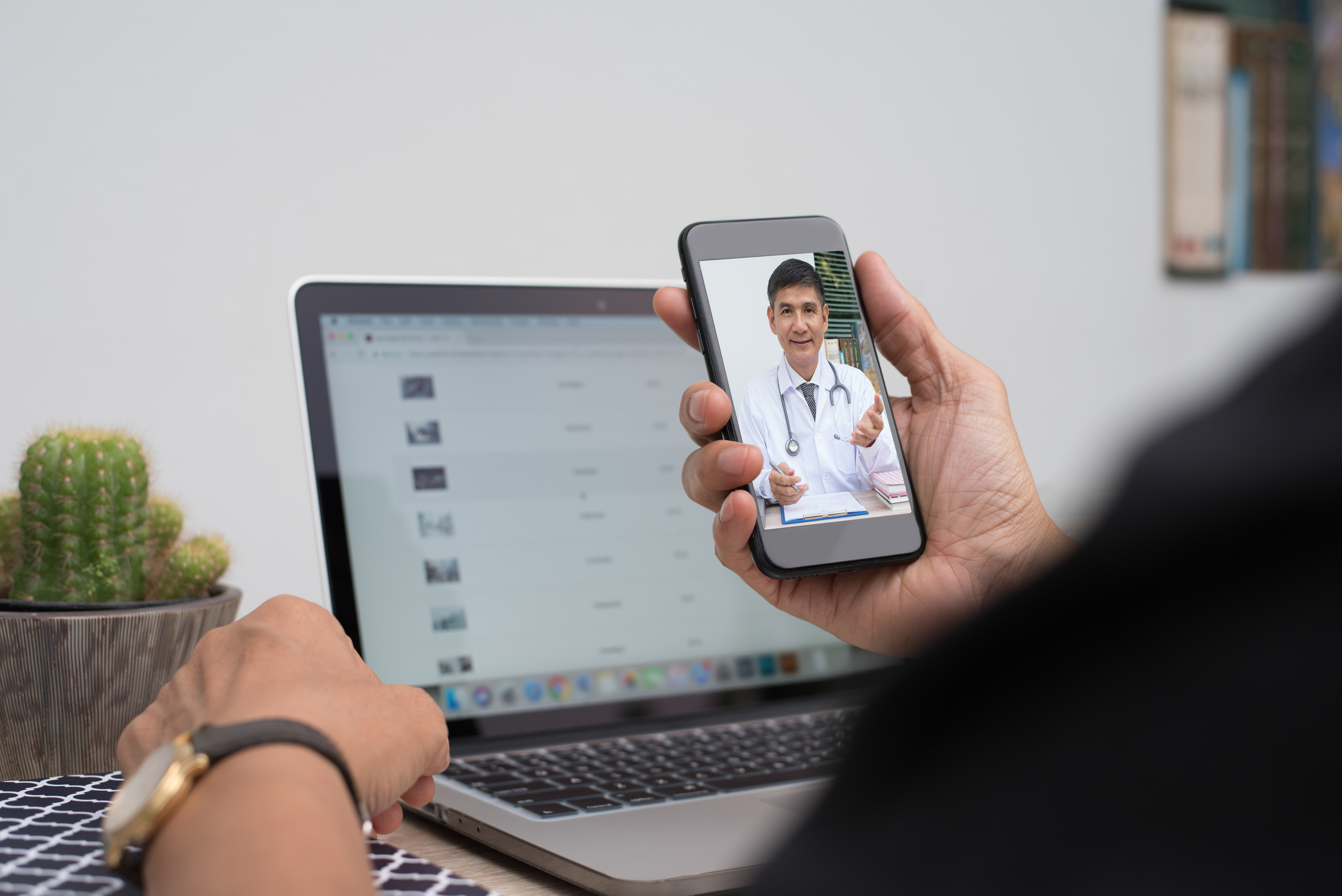 Ever since the COVID-19 outbreak, telemedicine has experienced rapid growth in the United States. Many practitioners are looking to find their spot in the field of virtual medicine, as the grounds for it have never been more fertile.

Even before the global emergency, telemedicine was gaining traction. Plenty of people all over the U.S. who had limited access to in-person medical care had jumped on board with the innovation that changed the world forever.

The significance of telemedicine is ever-growing, as it provides aid for those who have no other option in terms of diagnosis, treatment, and overall medical care. Although its value is undeniable, the U.S. legislation hasn’t fully defined the rules that are necessary for further evolution.

To understand where this discrepancy between the legislation around telemedicine and its practical application comes from, we need to go over telemedicine definitions across multiple states in search of inconsistencies. Considering that states can’t even agree on a single definition of telemedicine, it isn’t surprising to see how different rules apply to each state.

Telemedicine Definitions in the United States

The Health Resources and Services Administration of the U.S. Department of Health and Human Services has a concise definition of telemedicine. It describes telemedicine as the use of telecommunications and electronic information technologies that aims to promote long-distance health care, public health administration, and patient and professional health-related education.

The telecommunication technologies include the Internet, streaming media, store-and-forward imaging, videoconferencing, and terrestrial and wireless communications.

Even though this can serve as the official definition of telemedicine in the U.S., certain states disagree with parts of it. That’s why they have their own interpretations.

California, for example, defines telemedicine as a way of delivering public health and healthcare services when the recipient is found at an originating site and the practitioner at a distant site.

Mississippi has its own twist on the definition as well, stating that telemedicine is supposed to deliver healthcare through consultation, diagnosis, and treatment using interactive video, audio, or other telecommunication technologies. In this state, telemedicine needs to occur in real-time, meaning that healthcare services provided via email, facsimile transmission, or phone are not allowed.

Texas has the simplest definition of telemedicine by far, defining it as remote medical services provided by a practitioner licensed in Texas to a patient.

As you can see, all of these definitions have huge overlappings. Some states define telemedicine in detail, whereas others offer vague descriptions. We have to agree that having a longer, more precise definition helps both recipients and healthcare workers know what they can or cannot do.

If you wish to practice telemedicine in the United States, you should know that requirements vary greatly. Each state has its own set of rules and guidelines.

Some of the most common requirements for those who want to tackle telemedicine and apply for a telemedicine license in states that require them to get one are:

In the United States, up to 76% of healthcare workers and hospitals are either partially or fully involved in telemedicine. This information only proves how much traction telemedicine has got over the years, and we believe that its growth won’t come to a halt any time soon.

To get a better idea of how far we’ve come in the field, let’s take a look at how Medicaid reimbursements are handled:

One of the biggest concerns of telemedicine in the United States is cross-state licensing. Here’s a quick overview of what providing telemedicine services across state borders looks like:

Issues with Telemedicine Licensing in the United States

The vast majority of the states require healthcare workers to have or obtain a license in the state their patients reside in before being able to treat them. This makes things somewhat complicated if you intend to provide remote healthcare services to patients outside of your state borders.

Knowing how challenging this rule is, Interstate Licensure Compact was drafted as a potential solution to the problem. The Compact was first introduced as an idea back in 2013 when the licensure issue started being talked about more frequently. Four years later, it became fully operational, and one by one, states joined it to facilitate the application of telemedicine cross-country.

Twenty-seven states are now part of the Compact. The initial goal was to make cross-state licensing easier, which it did, but that doesn’t mean that everything is solved now. Bear in mind that each state has its medical board that reviews license applications, which makes the whole process highly dependent on the board itself.

You need to do some diligent research on how long your state’s medical board may take to review your application. You can’t rely on information provided by other states because the process can take anywhere between a couple of weeks and a few months. Another thing you should keep in mind that licensing fees also differ from state to state.

How to Become Part of the Interstate Licensure Compact

If you want to obtain a cross-state telemedicine license, you need to meet specific requirements. The team behind ILC says that around 80% of applicants manage to fulfill the requirements, which is good news for practitioners who are looking into providing remote healthcare services to patients across the country.

To join the Interstate Licensure Compact successfully and obtain a cross-state telemedicine license, you must meet the following requirements:

Keep in mind that the application fee is $700, non-refundable, regardless of whether or not you obtain the license.

The Downsides of Telemedicine

Telemedicine comes with numerous benefits that help people all over the world every single day. Just like anything else, though, it has its downsides.

Some of the main concerns related to telemedicine are legal and regulatory in nature:

It’s clear that you need to have equipment that can support telemedicine purposes if you want to practice virtual healthcare. Apart from that, security concerns, and licensure troubles, telemedicine doesn’t have that many disadvantages. It serves as a tool that can literally save the lives of those who live in remote and underserved areas. Day by day, telemedicine keeps proving that modern inventions aren’t nearly as bad as they’re portrayed to be.

The Perks of Telemedicine

Telemedicine provides various perks for everyone involved. There are three main groups of people who benefit from telemedicine:

Among other things, telemedicine benefits Critical Access Hospitals significantly. Some of the main advantages are:

Telemedicine was created to aid those in need. Patients who rely on virtual healthcare enjoy many advantages, the most impactful being:

Healthcare workers who are involved in telemedicine can tell you all about the following perks:

Use Curogram to Have a Successful Telemedicine Journey

Created for medical professionals specifically, Curogram is a two-way texting and telemedicine platform that facilitates communication between healthcare workers and patients and enables you to treat them remotely. It has numerous features that make it stand out in the world of telemedicine.

Our goal was to make Curogram as easy to use as possible—anyone who has Internet access can use it effortlessly.

If you’re curious about our platform’s features, check these out:

Curogram is super easy to integrate—it takes only 48 hours to get everything up and running, without the need to hire an IT expert.

Curogram also integrates with any EHR. All the relevant information is synced between the platform and your EHR, which removes the need for manual or double entry and eliminates the possibility of human error from the equation.

Some of the most popular EHRs Curogram integrates with are:

Curogram is the best telemedicine solution on the market, but we don’t expect you to take our word for it. Sign up for a free demo today to discover the features of our platform, and see firsthand why over 5,000 medical professionals choose Curogram for their telemedicine practice!

Curogram bridges the communication gap between healthcare providers and their patients. Practices of all sizes, from single providers to multi-location hospital systems, create workflow efficiencies allowing staff to focus on what really matters — the patients.

We offer competitive pricing plans based on the number of providers and volume of appointments booked — meaning we only make money when you do.

So why wait? Schedule a demonstration today.