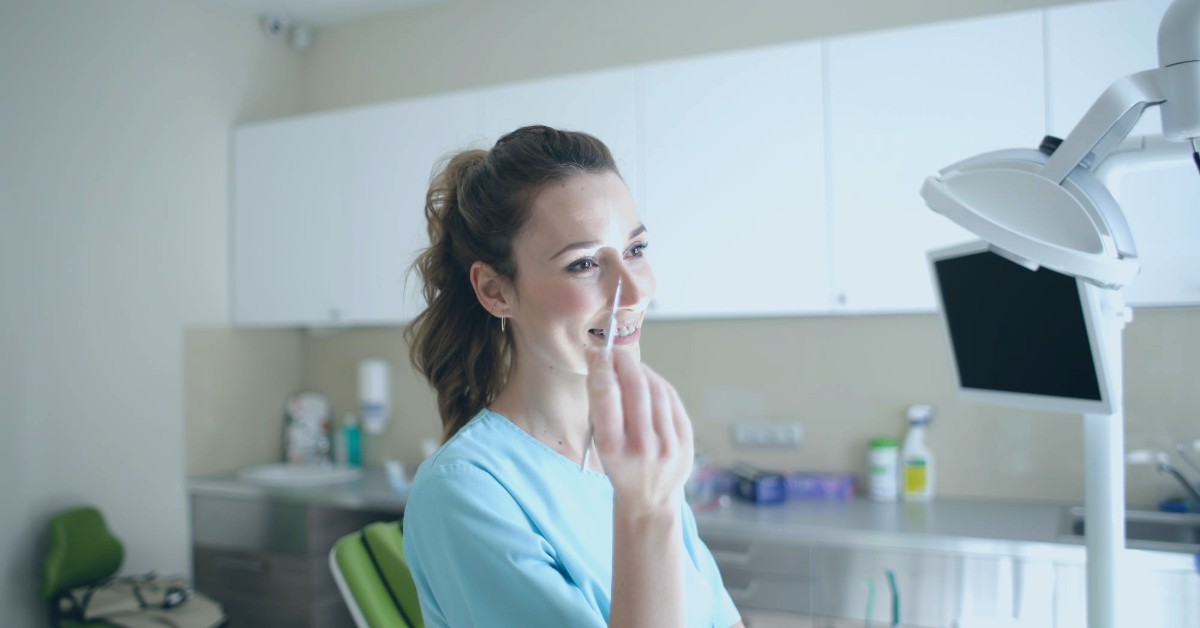 As stated on the official Pennsylvania Government’s site: “Currently, no Pennsylvania law prohibits the practice of telemedicine.” That about sums up PA laws about telemedicine. While other states are working towards improving their telehealth and telemedicine legislation, Pennsylvania is struggling to get any corresponding law enacted.

Over the course of a few years, several telemedicine bills died on their way to the governor’s office, some even by the governor’s hand. Attempts at getting proper legislation on the subject won’t cease, but Pennsylvania is way behind many other states that provide thorough regulations regarding the use of telecommunication channels in healthcare.

The lack of regulation doesn’t mean you can’t practice telemedicine, though. You can, but without the state’s guidance, you have to be careful not to fall prey to unsecure technologies.

You also have to think about your insurance coverage options, and in Pennsylvania, these are limited. If you’re enrolled in the state’s Medicaid program, you might get coverage for some services.

We’ll review the brief history of telemedicine regulation attempts in Pennsylvania, examine your reimbursement options, and provide you with some tips on how to start practicing telemedicine in the state.

An overview of telemedicine legislation attempts in Pennsylvania

In the last few years, Pennsylvania saw three telemedicine-related bills come and go. These pieces of legislation had the potential to regulate the practice of providing healthcare services remotely, but they all came to nothing. The failed PA telemedicine bills are the following:

This piece of legislation was introduced in mid-2018 by State Senator Elder Vogel. The bill set out to define key telemedicine terms, establish the relevant licensing requirements for practitioners, as well as introduce payment parity for telemedicine services. The last of the three items decided the fate of the legislation.

Even though the bill passed the Senate, it died in the House. The House opponents of SB 780 argued that, instead of paying the same as for in-person services by default, payers should establish their own reimbursement rates for telemedicine.

This bill was introduced by Rep. Harry Redshaw and was similar to SB 780 in scope. Under this legislation, telemedicine was seen as the delivery of healthcare services to patients through telecommunication platforms, but it did not include provider-to-provider consultation.

This bill was a bit more lenient regarding insurance coverage. Payment parity applied only to medically necessary telemedicine services. The bill was referred to the PA House Insurance Committee in March 2019, and it never got reviewed.

This bill, otherwise known as the Telemedicine Act, was supposed to amend Title 40 of the Pennsylvania Consolidated Statutes, which is about insurance. This is another telemedicine bill sponsored by Senator Vogel. It provided definitions of telemedicine and related terms, authorized telemedicine regulation by professional licensure boards, and allowed insurers and providers to negotiate the coverage rates.

Pennsylvania Governor Tom Wolf vetoed the bill in March 2020, causing outrage among the House and Senate Republicans. Among several other things, the governor didn’t approve the bill because of a provision prohibiting access to a medication used for inducing abortion.

As you can see, Pennsylvania failed to settle on any of the proposed definitions of telemedicine, making the term open to interpretation. The only formal definition is provided by the Pennsylvania Medical Assistance Program, and it is relevant to those covered by Medicaid.

The PA Medicaid program sees telemedicine as the use of live video telecommunication technology for delivering consultation services.

Although there are no licensure requirements specific to the practice of telemedicine, the Pennsylvania Code features a section about extraterritorial licenses. The state issues these licenses to the following applicants:

Another notable thing to mention here is that Pennsylvania is a member of the Interstate Medical Licensure Compact. This makes it even easier for out-of-state practitioners to get the green light to provide healthcare services to Pennsylvania residents.

As these regulations are concerned with healthcare services in general, they apply to telemedicine services as well until the state enacts a law containing cross-state licensure provisions specific to telehealth.

Even though the state laws regarding telemedicine are scarce, on the federal level, you are required to comply with the Health Insurance Portability and Accountability Act (HIPAA). HIPAA mandates that you keep all patient health information (PHI) private and secure, especially during transfer over telemedicine platforms.

There is a series of safeguards you need to have in place to be HIPAA compliant. As a HIPAA-covered entity, you need to enter into a business associate agreement (BAA) with your telemedicine app provider to ensure that they will make sure that PHI is not compromised on their platform. If your telemedicine partner doesn’t adhere to the same regulations as you, you could both get severe penalties.

As you can see, you can’t just call your patients via FaceTime or a similar app without any preparations. You need to make sure that your app provider is willing to sign a BAA and that their app can be made HIPAA compliant. Even after entering into an agreement with you, many providers will leave it to you to configure the app to make it secure. This means you’ll have to go step by step and try not to miss anything important.

That’s why it’s vital to find the right telemedicine platform, and Curogram is the perfect solution for you. It’s fully HIPAA compliant, and you will never have to worry about your sensitive patient data getting compromised. Once you enter a BAA with us, you won’t have to configure anything. We designed Curogram specifically for healthcare providers and with HIPAA in mind.

There are no insurance laws concerning private payer coverage of telemedicine services. This means that Pennsylvania still doesn’t have insurance coverage and payment parity laws, which state lawmakers usually strive for. The Senate and House bills put forward in the last few years proposed different levels of parity for telemedicine services, but none of them got enacted.

One of the main reasons why Governor Wolf vetoed SB 857 was the fact that it did not require private insurance companies to reimburse providers for telemedicine services the same way they would for the equivalent services rendered in person. It remains to be seen whether the decision-makers will come to a viable coverage solution any time soon.

Pennsylvania doesn’t impose parity, but that doesn’t mean insurance companies are forbidden from covering telemedicine. Many private payers are beginning to open up to telemedicine as they are aware of its benefits. The greatest one is the fact that telemedicine eliminates many costs and saves them a lot of money in the long run.

You should ask around to see which insurance companies are willing to cover telemedicine services and on what conditions.

An important thing to note is that Medicaid only covers telemedicine and telepsych services when the patient is at the office of a provider enrolled in the state’s Medical Assistance Program. This is yet another limitation of the program, and it shows that Pennsylvania Medicaid doesn’t see telemedicine as equal to traditional practice.

Pennsylvania MA doesn’t cover any form of store-and-forward telemedicine. This means that you won’t get reimbursed for collecting, exchanging, and sending medical records for evaluation. Email, fax, and phone calls are not eligible for Medicaid coverage either.

As Medicaid only covers live-video consultations when the patient is at a medical facility, providers won’t get reimbursed for any form of remote patient monitoring.

It is clear that telemedicine is only to be used as a supplementary tool to traditional patient care. The program urges providers to render their services face-to-face whenever possible.

As we have mentioned, regarding telemedicine, providers can only get reimbursed for video consultations with their patients. That’s why it’s important to choose the right telemedicine platform, such as Curogram. Our app will help you set up a virtual clinic while maintaining your established workflows.

For some reason, the Pennsylvania Medicaid program is a bit more lenient when it comes to telepsychiatry, and it covers several services in this field:

Medicaid will cover live-video services rendered by the following providers:

Pennsylvania MA Program obliges telepsych practitioners to obtain informed consent from their patients before they begin a remote session. It is not specified whether the consent should be in the written form. We advise you to document it, either by recording the oral consent provided before the session or asking the patient to fill out a consent form.

If the distant site, i.e., where the provider is located, is outside of the state, the practitioner must hold a PA license to get reimbursement for their services.

Telemedicine in Pennsylvania during the coronavirus emergency

During the COVID-19 national health emergency, the Department of Health granted all healthcare professionals licensed in Pennsylvania the permission to practice telemedicine. This was somewhat redundant as Pennsylvania doesn’t forbid the practice of telemedicine in the first place.

The Department of Health also asked for out-of-state providers to be allowed to provide telemedicine services to Pennsylvanians during the COVID-19 emergency, and Governor Wolf granted them this right. These healthcare providers are required to provide the PA board with the following information before they can begin practicing telemedicine in the state:

Apart from observing the state laws and temporary regulations, telemedicine practitioners should also mind the federal guidelines during the coronavirus pandemic. The U.S. Department of Health and Human Services has issued a notification that allows healthcare providers to use non-HIPAA compliant solutions during the national emergency. This was done in an effort to make healthcare available to as many people as possible while respecting social distancing.

How to have a successful telemedicine start in Pennsylvania

Pennsylvania still lacks proper telemedicine regulations, but constant attempts to get various bills enacted are bound to bear fruit eventually. Instead of taking advantage of the current situation and opting for any popular video app, you should go for one designed for the use in healthcare. That way, when Pennsylvania finally gets telemedicine laws—which will be soon—you won’t have to switch to a new app.

Here are some things to look for in a telemedicine solution:

If the app you choose doesn’t integrate with your electronic health record (EHR) and your practice management system, you’ll have to waste a ton of time on double entry. One of the reasons why you’ll love Curogram is the fact that it syncs with any EHR. Curogram will integrate with your EHR within 48 hours, thanks to our proprietary technology.

Ease of use for doctors and staff

Doctors should not waste time dealing with administrative and IT issues, and everyone should be allowed to continue doing their job in a virtual environment. With Curogram’s web-based telemedicine interface, doctors will get in and out of appointments easily. Thanks to Curogram’s virtual waiting room tools, staff will have no problems handling patient check-in and check-out.

Ease of use for patients

Most solutions require patients to download the app before the appointment. This can be cumbersome, and many patients may not be comfortable downloading the app, especially those less tech-savvy. Curogram solves this issue by offering a browser-based video that patients can access by clicking the appointment link they received in an SMS or email. There are no special requirements, such as room codes or passwords, and patients don’t need to download anything.

Don’t see your state? We just haven’t written about it yet! Stay tuned on our blog or check out our article on telemedicine reimbursement by state.

Curogram bridges the communication gap between healthcare providers and their patients. Practices of all sizes, from single providers to multi-location hospital systems, create workflow efficiencies allowing staff to focus on what really matters — the patients.

We offer competitive pricing plans based on the number of providers and volume of appointments booked — meaning we only make money when you do.

So why wait? Schedule a demonstration today.